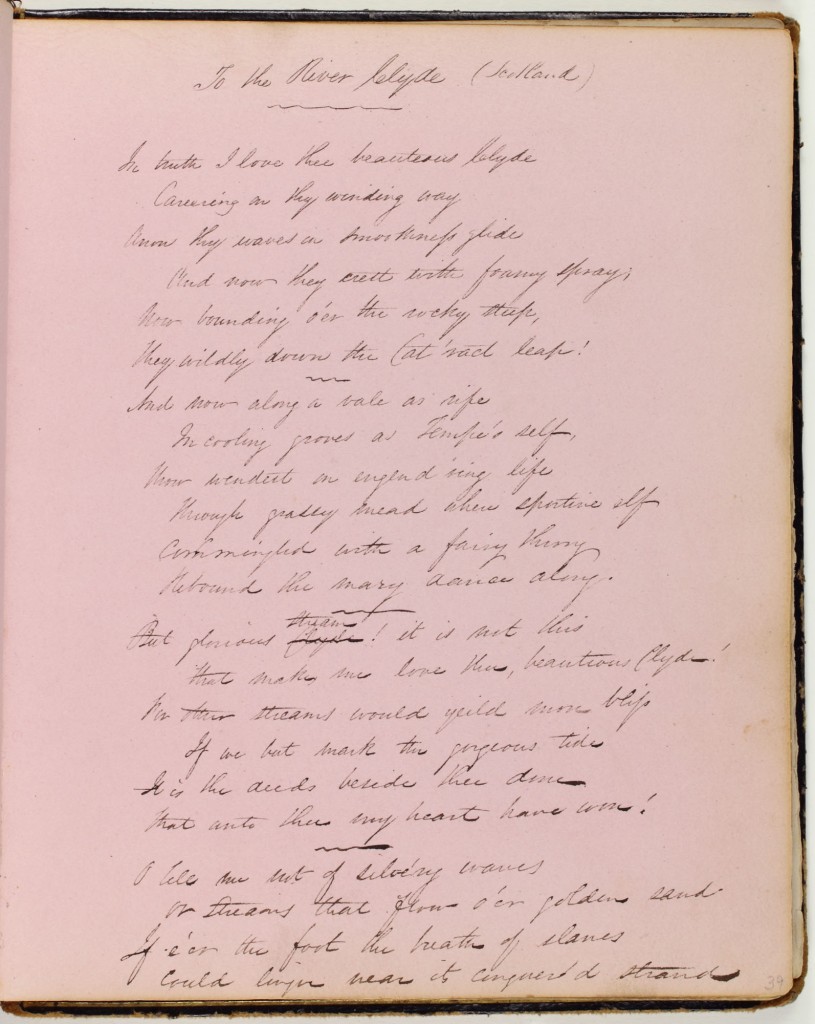 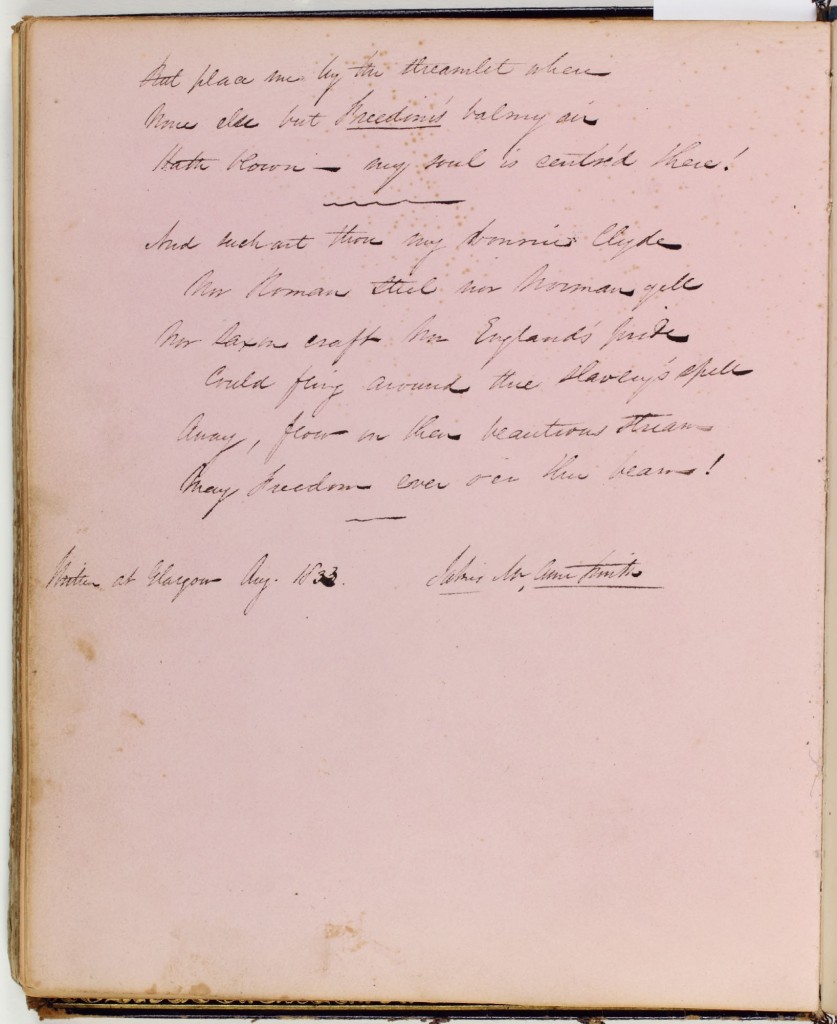 To the River Clyde (Scotland)

In truth I love thee beauteous Clyde
Careening on thy winding way
Anon thy waves in smoothness glide
And now they crest with foamy spray;
Now bounding o’er the rocky steep,
They wildly down the Cat’ract leap!
_____
And now along a vale as rife
In cooling groves as Tempe’s self,
Now wendest on engend’ring life
Through grassy mead where sportive elf
Commingled with a fairy throng
Rebound the merry dance along.
_____
But [crossed out] glorious Clyde [crossed out] stream [crossed out]! it is not this
That makes me love thee, beauteous Clyde.
For other streams would yield more bliss
If we but mark the gorgeous tide
It is the deeds beside thee done
That unto thee my heart have come!
_____

O tell me not of silve’ry waves
Or streams that flow o’er golden sand
If e’er the foot the breath of slaves,
Could linger near its conquered strand

But place me by the streamlet where
None else but Freedom’s balmy air
Hath blown—my soul is centre’d there!
_____
And such art thou my bonnie Clyde
Nor Roman steel nor Norman gell
Nor Saxon craft nor England’s pride
Could fling around thee slavery’s spell
Away, flow on then beauteous streams
May Freedom ever o’er thee beam!
_____

James McCune Smith, a prominent African American doctor who studied medicine at the University of Glasgow, wrote “To the River Clyde” in Glasgow, Scotland in the summer of 1833. His studies coincided with movements in Great Britain to eliminate slavery that culminated in its 1833 abolition. Perhaps Smith originally wrote this poem when abroad and copied it into the album upon his return.

The ode describes the beauty of Glasgow’s river Clyde and starts similarly to works by Scottish-born 19th-century poet James McIntyre celebrating the river. However, furthermore for Smith, Clyde was particularly beautiful for “Freedom’s balmy air.” With eloquent verse, Smith espouses what the American attitude toward slavery should be in comparison to that of Great Britain. Consider the poem’s only seven-line stanza, which spills from the first to second page. The word “conquered” is a very carefully charged word, and “the breath” and “the foot” of slaves place Smith both spiritually and physically in a state of slavery. Understanding this entry politically, chronologically, and geographically sheds lights about the international context of slavery in the United States. While Smith himself was in the United States, he proclaims his “soul” to be in Glasgow, where slavery had been eliminated. Smith longs to be a part of a nation where there is no slavery rather than in America.