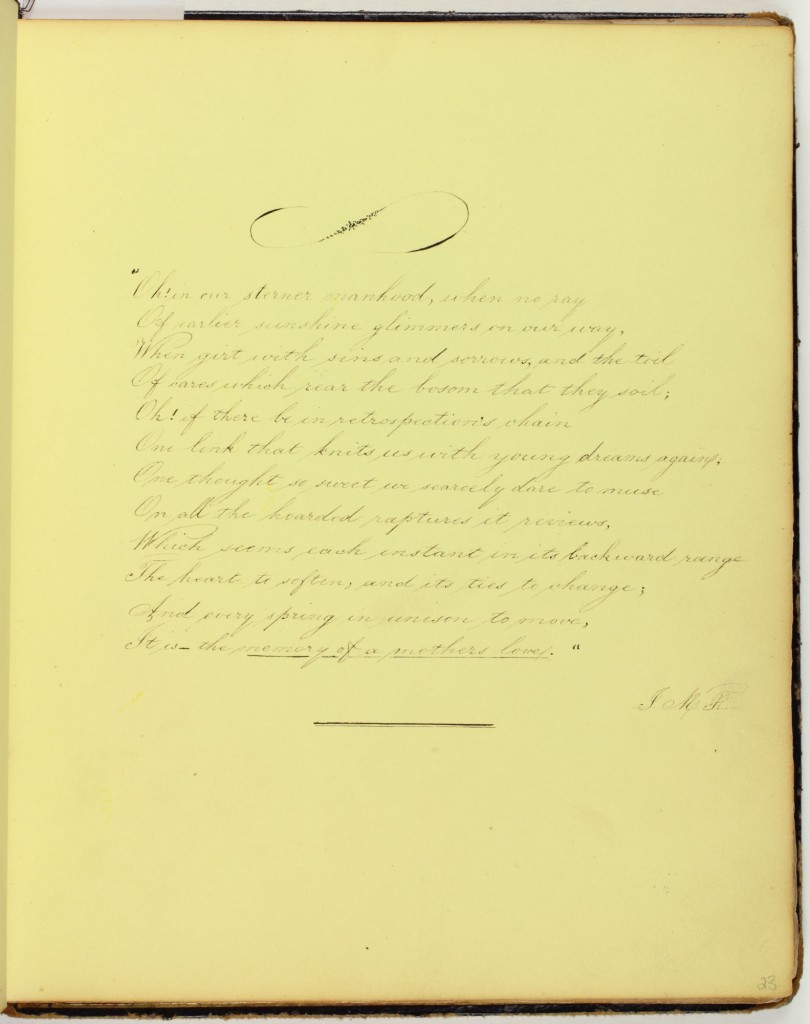 “Oh! in our sterner manhood, when no ray
Of earlier sunshine glimmers on our way,
When girt with sins and sorrows, and the toil
Of cares which rear the bosom that they soil;
Oh! if there be in retrospection’s chain
One link that knits us with young dreams again,
One thought so sweet we scarcely dare to muse
On all the hoarded raptures it reviews,
Which seems each instant in its backward range
The heart to soften, and its ties to change;
And every spring in unison to move,
It is – the memory of a mothers love.”
JMH

Originally penned by Albert Barnes, an anti-slavery American theologian and pastor of the First Presbyterian Church of Philadelphia (1830-1867), this poem transcribed by an unidentified contributor addresses a man’s connection to his youth through the “memory of a mother’s love.” The sentiment is well-suited for the album, which contains several entries dedicated to topics of womanhood. A son will always remember his mother’s love, even in the age of “sterner manhood.” When a man remembers his mother he reflects on every moment from his youth. She serves as a time capsule in which a man can relive his childhood. A mother’s impact on her child survives long after she is gone, and every interaction between them should be cherished.